After talking to the helpful tourist information office in Challan, I decided to ride the more scenic route from Challan to St. Jean De Monts. There is a private trail most of the way. 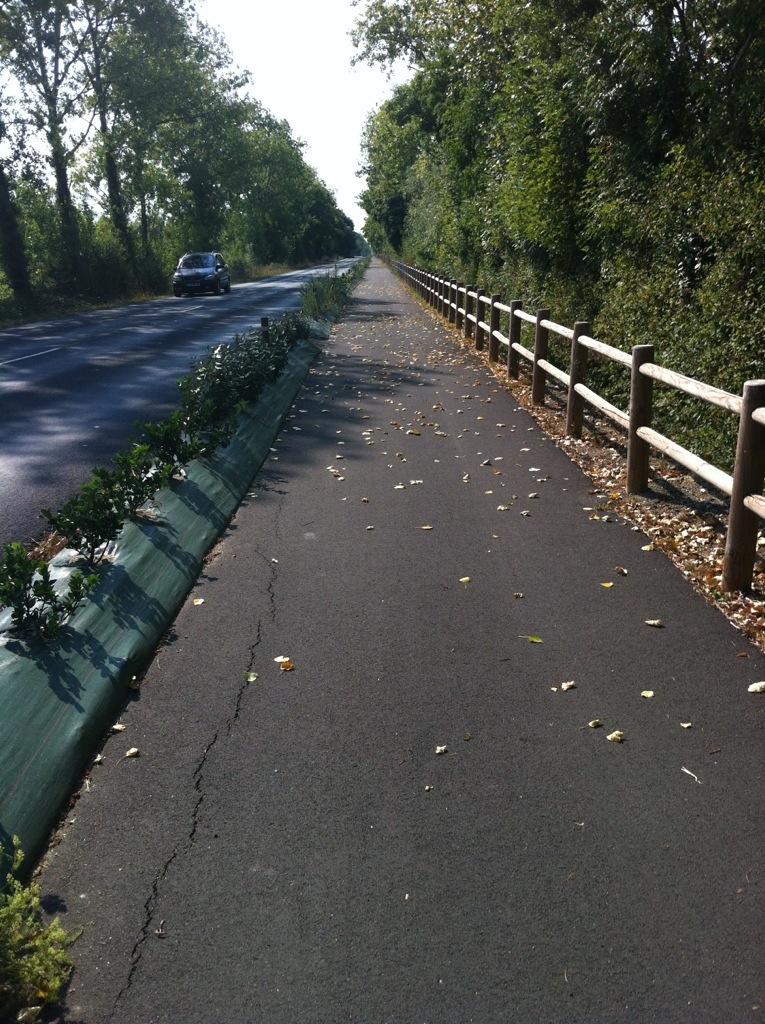 It was a beautiful choice, but a choice that cost me a lot of time. After taking the train in the morning from Paris it was already almost 3pm and instead of an 18km ride directly to Noirmountier I ended up with two rides of about 18km. 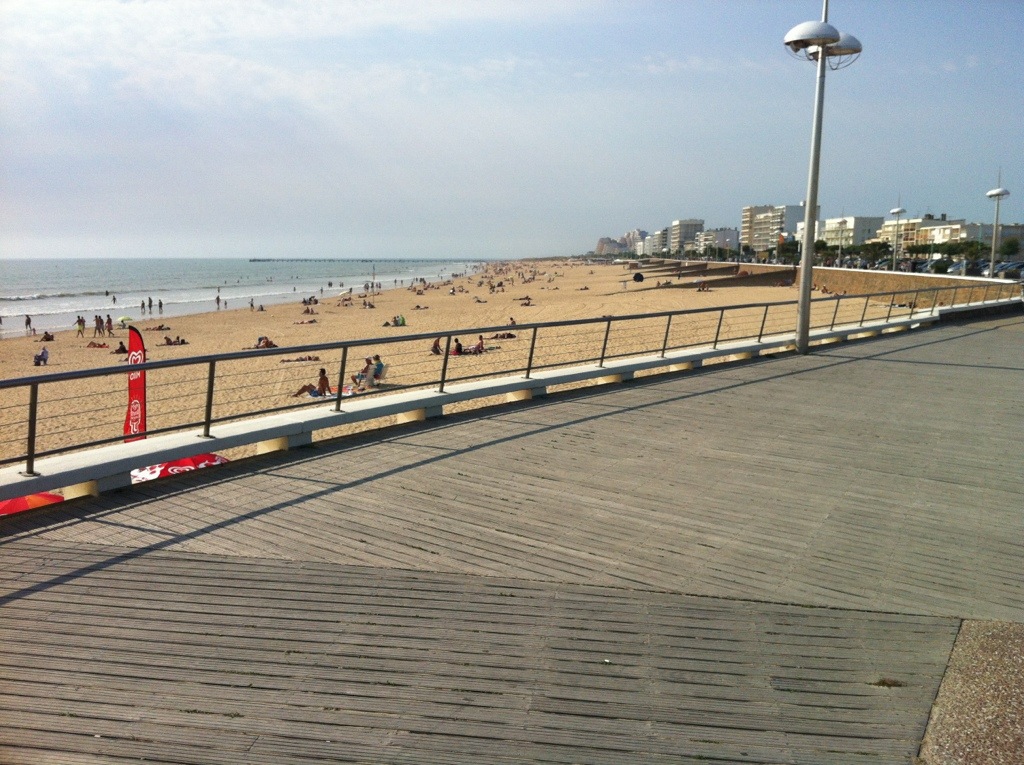 After reaching St. Jean De Monts I rode north on a dirt trail in the woods on the Eurovelo 1 until I reached the area around the bridge to Noirmontier.

I had a lot of trouble finding the path that led across the bridge. It’s a woodsy area and there are a lot of paths that lead to the beach where you can see the bridge, but can’t access it. On the trail in the woods you can’t see the bridge. I think I rode an extra 10km searching.

When you look on a map and see a small island off the coast it seems like it should be a short ride to get to the island – maybe 2kms. It’s 18kms from the bridge to the town of Noirmountier.

On my first day that I thought was going to be an easy start turned into a super long day. I arrived at Noirmountier at 10pm very tired. The upside is there was no attendant so I just set up my tent in this beautiful beachside campground – Camping Indigo Noirmountier. 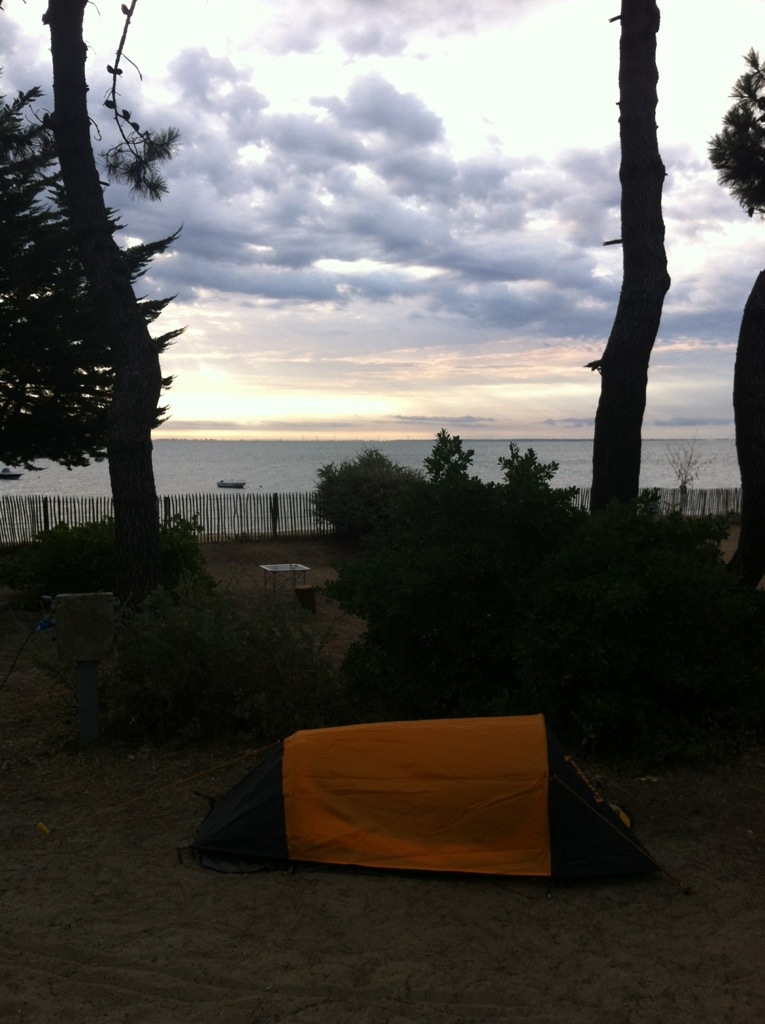